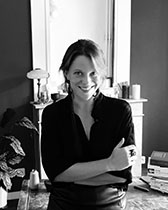 Micol Bez is pursuing a double Ph.D. in Comparative Literary Studies and Philosophy, affiliated with the Department of French and Italian at Northwestern and with the Philosophy Department at the Ecole Normale Supérieure de Paris. She is also a Mellon Cluster Fellow in Critical Theory and a graduate of the ENS, where she defended an MA on the political uses of the quasi-transcendental and on the circulation of race as a regulative idea in post-kantian philosophy. Her research interests are situated at the intersection of Political Epistemology and Critical Theory, focusing in particular on the circulation of doubt in post-truth political debates and on the appropriation of Critical Theory by the far-right. She is working currently on testimonies of sexual violence, historical negationism and political debates about whiteness and decolonisation. She also has an interest in political philosophy and phenomenology, and has written on the questions of political violence and translation. Originally from Sardinia, Italy, she did her undergraduate work at Georgetown University, and has studied at Sciences Po, the University of Paris VIII Vincennes-Saint Denis, and the Centre for Research in Modern European Philosophy (Kingston University London). She is also a published poet, playwright, and dedicated teacher. In 2019 she taught as a temporary lecturer at the University of Johannesburg and in 2020 in the CPES (Cycle Pluridisciplinaire d’Études Supérieures) at the University of Paris Sciences and Letters, as well as at the University of Paris-Est Créteil and at the Free University London. She is interested in political engagement, public debates and curatorial practices. Between 2017 and 2019 she collaborated with the Centre Pompidou on the two iterations of the exposition Cosmopolis.