The banner image was taken by Comp Lit senior, Lauren Place ('19), in Seoul, South Korea. The image is a contemporary art sculpture at the National Art Museum of Korea.

One of our graduate alumna, Julia Ng ('12), reflects on her decision to apply to Northwestern's Comparative Literary Studies PhD program and the faculty and curriculum that made an impact on her academic career:

"When I was selecting PhD programmes to apply to, Northwestern was my only serious choice; not only had my undergrad mentor, Sam Weber, recently moved there, but it had, to my mind, the only rigorous training available in the United States in critical theory. The close relation that my home department, German, enjoyed with philosophy and political theory, and the curriculum that was equal parts literary history and the history of German philosophy, provided a unique opportunity to acquire rigorous training that was also genuinely transdisciplinary. I'm sure the Paris Program in Critical Theory needs no introduction, but I, too, was a beneficiary of it, and keep in touch with senior colleagues I met that year through Sam to this day. The fact that I'm now in a permanent position leading an interdisciplinary research centre and move between several professional circles has very much to do with the broad-mindedness and intellectual friendship that I encountered in my mentors at Northwestern." - Julia Ng ('12), Lecturer in Critical Theory; Co-Director, Centre for Philosophy and Critical Thought at Goldsmiths, University of London

Patrícia Anzini: After graduating from CLS in December 2018, Patrícia Anzini started a six-year position as a junior researcher and assistant at CECC, the Research Center for Communication and Culture at the Catholic University, in Lisbon, Portugal. She has also begun the expansion of her dissertation into a research project of the larger importance of Luso-Brazilian women to transnational and transatlantic Lusophone cultures and circuits of conviviality of the late-nineteenth and early twentieth centuries. This work will examine the strategic role some of these women played in understanding Brazil and Portugal’s intercultural relationship and involve digitalization of archival materials, online access, and podcasts.

Brett Brehm: Assistant Professor of French and Francophone Studies, Department of Modern Languages and Literatures, William & Mary, Williamsburg, Virginia. In October 2018, at the annual conference of the Nineteenth-Century French Studies Association, Brett presented a paper titled "Nina's Song: Music, Sound, and Performance in the Salon of Nina de Villard." With the support of a faculty summer research grant from William & Mary, Brett continued research at various archives and libraries in Paris for a current book project.

Jennifer Cazenave: In the fall of 2018, Jennifer Cazenave joined Boston University as an Assistant Professor of French. In June 2019, she published her first book, An Archive of the Catastrophe: The Unused Footage of Claude Lanzmann’s « Shoah » (SUNY Press), which retraces the making of Lanzmann’s canonical film through an analysis of the 220 hours he left on the cutting room floor. 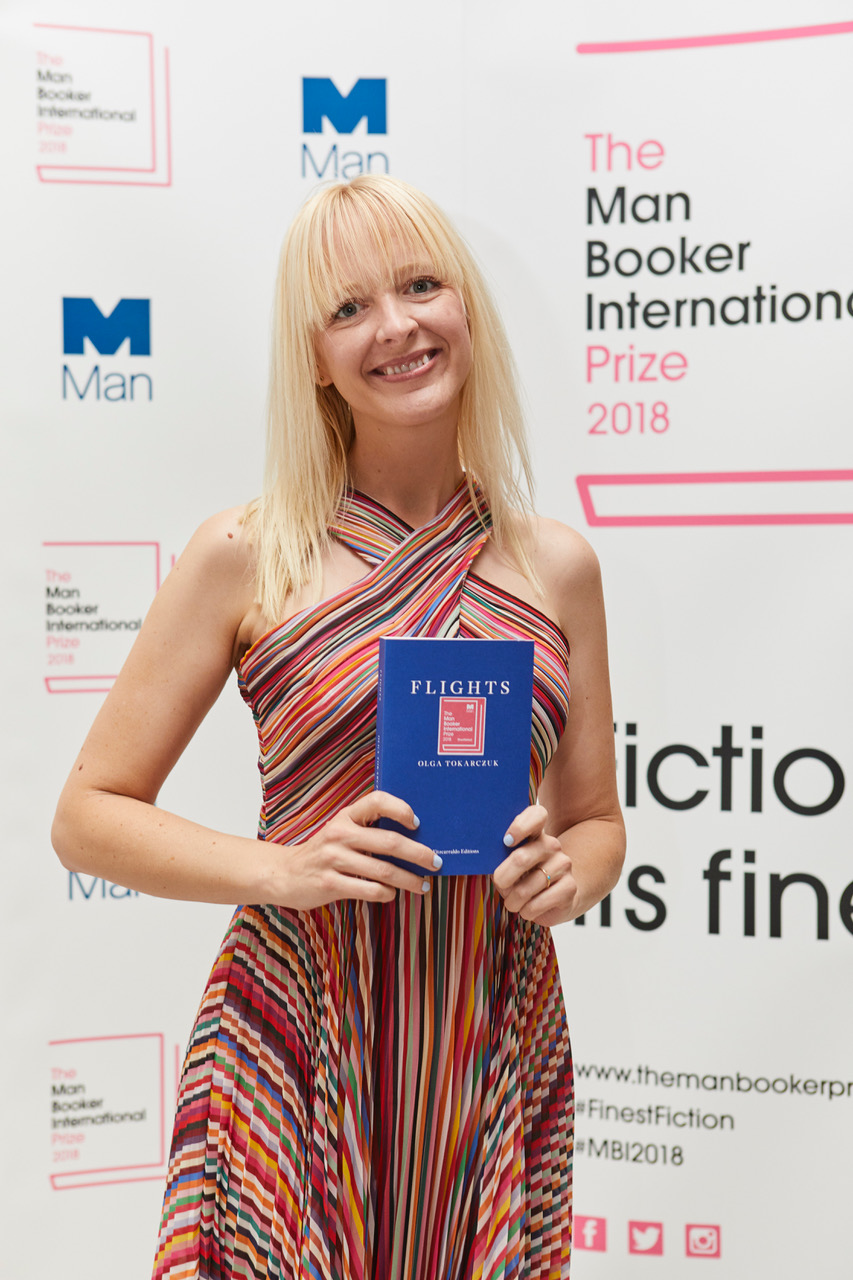 Jennifer Croft: After winning multiple awards for her translation from Polish of Olga Tokarczuk’s Flights, including the 2018 Man Booker International, Jennifer went to New York on a Cullman Fellowship at the New York Public Library. There she completed her translation of Wioletta Greg’s Accommodations (Transit Books) as well as her memoir Homesick (Unnamed Press). She is currently translating Olga Tokarczuk’s The Books of Jacob and writing a novel titled Amadou. (Image credit: Janie Airey)

Leah Flack is the chair of the department of English at Marquette University. Leah has two monographs: Modernism and Homer (published by Cambridge University Press in 2015) and James Joyce and Classical Modernism (forthcoming from Bloomsbury Press in 2020), in addition to several essays in Modernism/Modernity, The James Joyce Quarterly, The Dublin James Joyce Journal, and edited collections on classical receptions, Ezra Pound, and Irish literature.

Ozge Kocak Hemmat: Ozge is currently Senior Administrator at U of Chicago, Humanities Division. Her recent publication is The Turkish Novel and the Quest for Rationality, Brill 2019.

Sonia Li was promoted last year to Associate Product Manager at Mentor Collective. In the 2018-19 academic year, Sonia and her team matched 9,038 students with mentors, leading to over 44,689 conversations! Sonia is currently managing the roll-out of 3 mentorship programs at Princeton that are specifically designed to support incoming first-generation, low-income students, a project that is very near and dear to her heart.

Paul North received his PhD in Comparative Literary Studies and German from Northwestern in 2007. Currently he is Professor of German at Yale University. He writes and teaches on literature and other media, continental philosophy, literary and critical theory. His last book was The Yield: Kafka’s Atheological Reformation (Stanford, 2015). A new book, Bizarre Privileged Items in the Universe: The Logic of Likeness (Zone Books) will come out in 2020. At Yale he runs an interdisciplinary workshop on critical theory and is researcher on the Mellon Foundation grant, “Critical Theory in the Global South.” Currently he is co-editing with Paul Reitter of OSU an updated edition of Marx’s Capital (Vol. 1) in a new translation. With Jacques Lezra of UC Riverside he co-edits IDIOM: inventing writing theory, a book series at Fordham University Press. 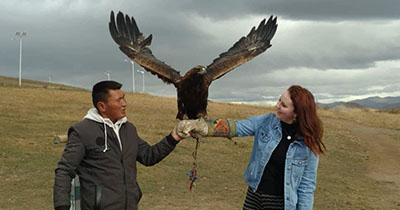 Erin Dunbar ('18) spent this past year teaching English in Ulan Bator, Mongolia through the Princeton in Asia program. Erin reflects on her experience:

"While my time in Mongolia wasn't easy for a variety of reasons (including, but not limited to, the overabundance of mutton options on menus), in the end I'm extremely grateful for my year spent in such a unique place. My time in CLS at Northwestern impressed upon me the importance of learning languages, and my largest investment when I was living in Ulaanbaatar was in language lessons - Mongolian and Russian. While teaching 30 classroom hours a week, I realized how much I missed being in class myself, so next year I'll be heading to Berkeley to start my PhD in French and will try my hardest to make my future research as comparative as possible." 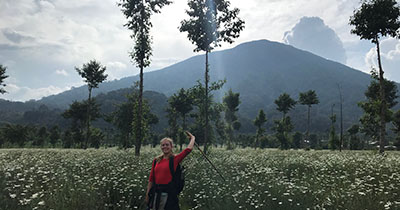 Nicole Kempis ('18) spent her year after graduation working in agriculture with One Acre Fund in Kigali, Rwanda. Nicole reflects on her experience:

"My work with One Acre Fund has been interesting and rewarding. I’ve learnt so much professionally, and I’ve been given the opportunity to explore a region and sector that have interested me for years. I love living in Rwanda and deeply admire this country and its people. One Acre Fund provides agricultural inputs and support to over a million farmers in East Africa, and the research I did for my CLS thesis, which explored how the natural world and political identities interact, has given me a unique perspective on the work I do now. I find myself returning to Bessie Head’s When Rain Clouds Gather in particular, as it recounts the conflicts agricultural modernisation creates in a village in rural Botswana. I don’t plan to leave Rwanda or One Acre Fund for a few more years."

Back to the topBACK TO HOMEPAGE
Back to top