Avalon Foundation Professor of Humanities; Professor of German and Comparative Literature; Co-director of the Paris Program in Critical Theory 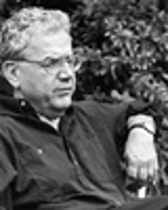 Samuel Weber is Avalon Foundation Professor of Humanities at Northwestern and co-director of its Paris Program in Critical Theory.

Professor Weber studied with Paul de Man and Theodor W. Adorno, whose book, Prisms, he co-translated into English. The translation of, and introduction to Theodor Adorno's most important book of cultural criticism helped define the way in which the work of the Frankfurt School would be read and understood in the English-speaking world. Professor Weber has also published books on Balzac, Lacan, and Freud as well as on the relation of institutions and media to interpretation. In the 1980s he worked in Germany as a “dramaturge” in theater and opera productions. Out of the confrontation of that experience with his work in critical theory came the book, Theatricality as Medium, published in 2004 by Fordham University Press. In 2005 he published Targets of Opportunity: On the Militarization of Thinking, also at Fordham. His most recent book is Benjamin's -abilities, published by Harvard UP. That book, as well as several others, are currently being translated into Chinese and will be published by Beijing University Press. His current research projects include "Toward a Politics of Singularity" and "The Uncanny".

Professor Weber began teaching at the Free University of Berlin and subsequently taught at the Johns Hopkins University and UCLA before coming to Northwestern in 2001.