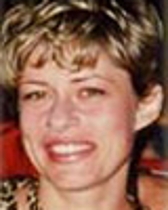 Susan McReynolds' research interests include Russian and German literature and philosophy; nationalism, anti-Semitism, and religion in the nineteenth and twentieth centuries; and Tolstoy and Dostoevsky. She is the author of Redemption and the Merchant God: Dostoevsky’s Economy of Salvation and Antisemitism (Northwestern UP 2008).  She edited and revised the translation Dostoevsky’s The Brothers Karamazov, published as a new Norton Critical Edition in 2011. She is currently completing a monograph on Dostoevsky’s contributions to twentieth-century cultural and political developments and several projects on Tolstoy, including a study of Tolstoy and Hannah Arendt.