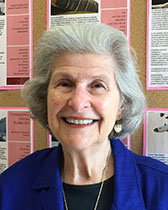 Marcia Gealy teaches a variety of writing courses in The Cook Family Writing Program. She also teaches courses in Modern and American Jewish Literature for Jewish Studies, Comparative Literature, and American Studies. She has been recognized for excellence in teaching by the Associated Student Government Honor Roll several times (most recently between 2011-2014), and was earlier named a Charles Deering McCormick University Distinguished Senior Lecturer. Her research interests include the teaching of minority students and the storytelling tradition in American Jewish Literature, two fields in which she has published articles. Her research has been funded by the Ford Foundation, the Illinois Humanities Council, and a Hewlett Endowment Grant. She is a reader for the Northwestern University Press, a member of the University Fellowship Committee, a faculty fellow for the Women’s Residential College, and a senior fellow at the Searle Center for Teaching Excellence. In addition to her teaching, she enjoys listening to classical music (especially Bach), walking, and participating with others in Tai Chi.