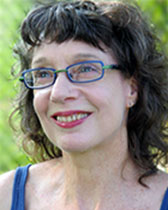 Linda Phyllis Austern is a specialist in sixteenth-, seventeenth-, and early eighteenth-century musical-cultural relations; music in the early modern English theater; gender and sexuality studies; and music as related to the visual arts. Her books include Music in English Children's Drama of the Later Renaissance (1994); Music, Sensation, and Sensuality (edited 2002); Music of the Sirens (edited with Inna Naroditskaya); and Psalms in the Early Modern World (edited with David Orvis and Kari Boyd McBride).

Professor Austern recently contributed chapters to The Ashgate Research Companion to Women and Gender in Early Modern Europe (Ashgate, 2013), Concepts of Creativity in Seventeenth-Century England (Boydell Press, 2013), Gender and Song in Early Modern England (Ashgate, 2014), That Noble Flame: Essays in the Poetry of Katherine Philips (Duquesne University Press, 2015), and Eros and Euterpe: Essays on Music and Eroticism from the Middle Ages to the Baroque (Ashgate, 2015). Her other articles and reviews have appeared in collections of scholarly essays and such journals as the Journal of the American Musicological Society, Journal of the Royal Musical Association, Music and Letters, Modern Philology, and Renaissance Quarterly. Her research has been funded by the American Council of Learned Societies, British Academy, Newberry Library, Radcliffe Institute, and National Endowment for the Humanities.

Professor Austern is currently serving on the editorial board of Renaissance Quarterly. She is also a member of the International Advisory Panel for the Journal of the Royal Musical Association and a member of the book review committee of the North American British Music Studies Association.

Specific interests: Literary-musical relations; music and the other arts in early modern Europe; music and critical theory; music and gender