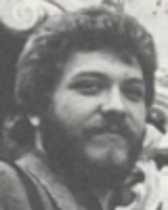 He is the author of many critical essays on Russian and European poetry from the18th through the 21st century, and has published three books of literary criticism in English: The Ode and the Odic: Essays on Mandelstam, Pasternak, Tsvetaeva, and Mayakovsky (Stockholm, Almqvist & Wiksell International, 1994), Hieroglyphs of Another World: On Poetry, Swedenborg, and Other Matters (2000), and Writing as Exorcism: The Personal Codes of Pushkin, Lermontov, and Gogol (2004; both from Northwestern University Press).

Kutik is currently completing two book-length projects: META: Reader to Russian Poetic Thinking (co–authored with Reginald Gibbons) and Visa to Byzantium: Understanding of Byzantine Culture in the 21st Century. Kutik teaches multiple graduate courses on Russian poetry as well as undergraduate courses on the 19th-century Russian Literature (Pushkin, Gogol, and Lermontov) and film–courses (on the theories of Russian montage and the film–aesthetics of Andrei Tarkovsky).